Will people rejoin the workforce? How many workers will quit this year? Survey of 5,000 Northeast Ohioans offers clues

Will people rejoin the workforce? How many workers will quit this year? Survey of 5,000 Northeast Ohioans offers clues

CLEVELAND, Ohio — Despite the all the turnover during the “Great Resignation,” 1-in-5 workers in the Northeast Ohio are still thinking of quitting in the next year.

Some workers aren’t happy about being back in the office full time, and many others still face barriers to gainful employment, despite what’s been called a pro-worker job market.

These insights, and many more, were found in a survey of 4,987 working age adults across 11 counties in Northeast Ohio, from Cleveland outward to Lorain, Youngstown and Canton.

Thanks to Where Are the Workers, a multi-phase project led by the Fund for Our Economic Future, the Greater Cleveland now has a massive amount of data to try and answer that question and look deeper at the current labor shortage.

It is too much data to understand all at once, said Bethia Burke, president of the Fund. The preliminary findings alone filled 160 pages. But what is clear is worker sentiments have permanently shifted.

“The broad environmental events of the last couple of years have influenced and will continue to influence a generation of workers and the way they make choices about work,” Burke said.

“This is a point in time (for workers) where there’s an opportunity to challenge how workplaces are structured and who they work for.”

Quitting has been, and will continue to be, common

For every five workers currently employed, one of them plans to quit in the next 12 months. And 2-in-5 said they’ll look for a new job.

A high number of workers plan to leave even though 17.3% of them told surveyors they quit a previous job in the last 12 months.

“I was surprised that there were still enough people left who haven’t moved who would be interested in a change,” she said. 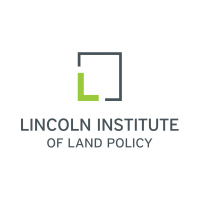 In Ohio, a New Tool Maps the Equity and Sustainability of Potential Business Locations