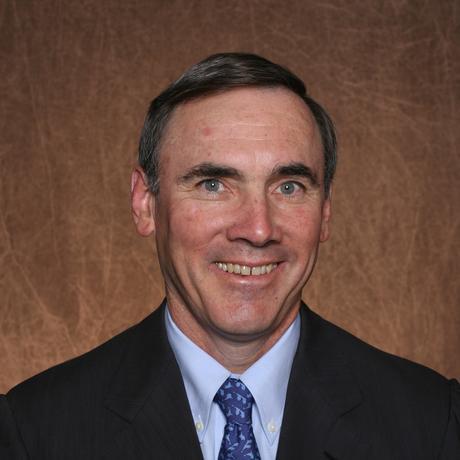 Tom Wagner has long felt a strong pull to economic development, since his days as law director under former Cleveland Mayor George Voinovich in the 1980s. So when he became a member of the Distribution Committee of the Eva L. and Joseph M. Bruening Foundation three years ago after his retirement as co-chairman of Calfee, Halter & Griswold LLP, he was immediately drawn to the work of a particular Bruening grantee—our Fund.

“I love the way the Fund goes about its work,” he said. “It’s a very thoughtful approach. … I believe the Fund is the premier economic development strategist in the region.”

A founding member of our Fund, the Bruening Foundation’s mission is to reduce the impact of poverty and enhance the quality of life of those most in need in Cuyahoga County. The foundation invests in effective programs that serve the economically disadvantaged by meeting their educational, employment and basic human needs. For Wagner, the alignment between Bruening’s and our Fund’s missions is clear.

“If you could significantly increase economic activity and job opportunities in the region, you’d go a long way to lifting people out of poverty,” Wagner reasoned. “The Growth & Opportunity strategy of the Fund fits perfectly with Bruening’s approach.”

The Bruening Foundation was established after the deaths of its namesakes Eva L. and Joseph M. Bruening in 1987. The Bruenings strongly believed in supporting the poor, and were committed to philanthropic endeavors throughout their lives. Mr. Bruening began his Cleveland business career in 1922 with Bearings Inc., now Applied Industrial Technologies, and retired as its president in 1980.

Over the last two years, the Distribution Committee of the Bruening Foundation has worked to strategically narrow its focus in an attempt to have a greater impact through its grantmaking. The goal of its “Strong Start Strategy,” launched in 2014, is to reduce poverty and expand economic prosperity in Cuyahoga County by investing in efforts that help disadvantaged families ensure that every child gets a strong start in life. Bruening is developing partnerships with organizations and programs that meet several attributes for leveraged impact, including delivering interventions to the youngest children, ages 0 to 3, and their families.

Wagner has been involved in the work of the Fund since he joined the Bruening Distribution Committee, serving as our board observer for Fund grantee JumpStart, participating in due diligence and other Fund meetings, and taking on the role of Fund secretary in March 2015. When asked what excites him the most about the Fund’s future, he references our partnership with the organized business community through the reconstituted Team NEO. “It has the potential to be a game changer,” he said.

Hailing from Erie, Pennsylvania, Wagner has called Cleveland his home since 1973. He and his wife Maryanne have four children and five (soon-to-be six) grandchildren.