If approved, new NOACA policy on highway interchanges will face quick test in 2021 over sprawl versus regional equity

If approved, new NOACA policy on highway interchanges will face quick test in 2021 over sprawl versus regional equity

CLEVELAND, Ohio — Sprawl enabled by interstate highways has been central to Northeast Ohio’s history for decades. Pick any issue from white flight to racial segregation, entrenched urban poverty, or rising economic inequality, and suburban sprawl is a major, if not primary cause.

The question is whether the region can tap the brakes on outward growth and focus instead on redeveloping areas already built up.

The answer may depend on the success of a new policy drafted by the Northeast Ohio Areawide Coordinating Agency, the region’s transportation planning agency, on how it should evaluate requests for adding new interchanges to the highway system.

That’s critical because interchanges generally become hot areas of development that pull investment from other parts of Northeast Ohio. It’s a zero sum game in a region that’s expanding into former agricultural countryside without gaining in population.

If adopted on Friday by NOACA’s board of directors at their quarterly meeting, the new policy would apply immediately to proposals for no fewer than eight new or modified highway interchanges across NOACA’s five-county region, which includes Cuyahoga, Geauga, Lake, Lorain and Medina counties.

The new policy would require the agency for the first time to consistently analyze costs and benefits of new highway interchanges across the entire region, not just the community receiving the project.

Continue to the full story here.

Sara McCarthy is the Fund's Director of Communications.
Published
December 7, 2020 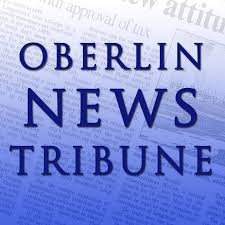 Do NOT follow this link or you will be banned from the site!